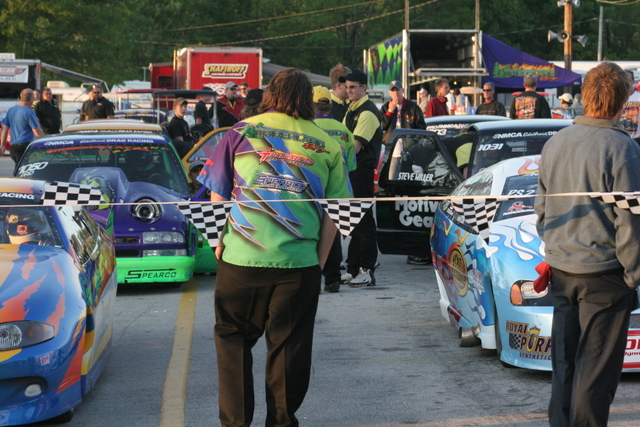 During our race season with Jim Oddy and the Dodge Stratus – we achieved a top speed record in NMCA in Memphis. As a result of the good showing in Memphis, our race team announce their invitation to compete in the Jegs-sponsored NHRA Gator Nationals that year.

This team not only had Jim Oddy and his son Dave to learn from, but we also had veteran racer Phil Roberts as a race consultant. Roberts’ expertise and experience date back to nitro funny car in the 1960’s. Bill Leverentz also joined the team and brought his 26 years of engines building experience – Billy was an employee of Oddy’s Automotive for years before he bought the business.

The video at the bottom of the page  was shot by SPEED TV of our team during a NOPI event at ATCO Raceway in New Jersey. The audio is out of sink – but it was a fun.

Below George Landis shows his driving skill at the Gator Nationals that year. Not many drivers could control this from rolling – but George did. And the crowd goes crazy!